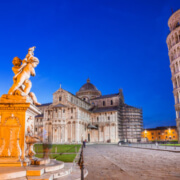 Italy has more UNESCO World Heritage listed sites than any other country in the world, so you know when you visit you’re in for something special. Tuscany itself is world-famous, and we would be thrilled to help you discover not just Lucca but some of the more special parts of life outside the city walls.

That means that when you get tired of food, wine, history and culture, there are incredible mountains, forests and natural wonders to explore.

With Torre di Lago, the beloved summer home of composer Giacomo Puccini close by, as well as mountains and sea only half an hour’s drive away, there are plenty of options. Pisa and its leaning tower make a great day trip with Lucca as a base, or if the seaside is your thing, the beaches along the promenade on Viareggio, the ‘Pearl of the Tyrrhenian’.

There are plenty of other coastal towns dotted along the strip that leads up into Liguria and the Cinque Terre, including glamorous Forte dei Marmi, the artist’s town of Pietrasanta, Massa, famous for its marble, and Lido di Camaiore, a close neighbour to Viareggio itself.

The majority of the beaches are private, which means you will need to pay for an umbrella space in summer, although there are some lovely public sections at La Lecciona, south of the Viareggio Port. Another option is to hire a bike and ride from Viareggio north to Forte dei Marmi, which makes sense as parking is very limited during the summer months.  Forte dei Marmi also has a flea market every Wednesday from 8am – 1:30pm.

Pisa is about half an hour away from Lucca by train, and is also home to the closest international airport, with a surprisingly large number of direct flight coming in from overseas hubs. While the Piazza dei Miracoli is a must-see, it is also worthwhile wandering through the streets to the right of the piazza and into the city centre itself. University of Pisa buildings are sprawled nearby and the bridge over the Arno River, the same river that runs through Florence, provides a similar aspect.

If you’re looking for a more than a walk around the walls of town, we can hook you up with hiking and biking in the nearby mountains too. Whatever your preference we’ll be able to tailor something for you. 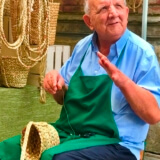 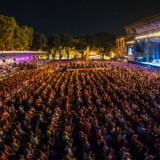 Music and Festivals in the Region
Scroll to top