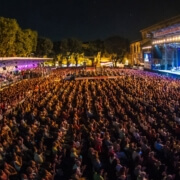 For a little city, Lucca has a lot on! Its most famous event, the annual Lucca Summer Festival, has brought some of the world’s most respected and famous artists including the likes of Rolling Stones, Bob Dylan, James Taylor, Tom Petty, Van Morrison, Tom Jones and many, many more to perform right in the heart of the city over the last two decades. This event alone draws thousands of tourists in to the city for their first visit. Inevitably, they fall in love and come back another time.

Lucca is also the birthplace of opera composer Giacomo Puccini, who has been called the greatest Italian opera writer after Verdi. Famous for La Boheme, Turandot, Madama Butterfly and Tosca, he come from a family of Lucchese musicians. Various members of his family even held the position of maestro di cappella (orchestra leader) at the San Martino Cathedral for 124 years. There is a dedicated Puccini Museum in the centre of Lucca and a Puccini Festival at Torre del Lago, close to Viareggio, in July and August each year.

There are dozens of concerts on in churches all through summer, either for a minimal cost, or even free. An outdoor cinema runs over the summer months, and we would be more than happy to help you out with details if you’re interested in these.

If you stumble unprepared into Lucca in the last week of October, you’d be forgiven for being confused, and perhaps a little alarmed. Held annually, Lucca Comics is the biggest gaming and comic book festival in Europe, and the second largest in the world behind Japan’s Comiket. The city is truly transformed during Comics, with tents going up on the city’s historic walls, the number of people in town swelling to up to nearly 300,000 – and of course people dressed as cartoon characters gracing the city’s streets. Don’t say we didn’t warn you!

Looking outside Lucca, the famous Viareggio Carnevale is a highlight in winter, bringing colour, costume and often outlandish floats and displays to town. A 30-min drive or train ride away, this is well worth checking out if you are in town in February.

In terms of landmarks, the Torre Guinigi, on via Sant’Andrea in the city centre, affords a beautiful view of the city’s rooftops. It’s a reasonable climb to the top of the 44.5m tower, but the views are worth the effort, and there’s a gorgeous rooftop garden. Built in the 14th century by the powerful Guinigi family, it was one of hundreds of similar towers, but today is the only one still standing. There are dozens of other fascinating historical buildings and landmarks in the compact city centre alone, including the famous Piazza dell’ Anfiteatro, which dates back to the first or second century BC. At its peak, it held up to 10,000 spectators. The Chiesa di San Michele in Foro is famous for its stunning façade with angel on top. This spot was the site of the public forum and the centre of life in ancient times. There are plenty of other gorgeous, sacred and hidden places right in the centre of Lucca.

We can help tailor packages around these events or landmarks, or give advice on the best places to stay if there’s something you’re especially interested in doing. Just let us know!

Get out of town! Lucca as a Gateway to Tuscany & Liguria 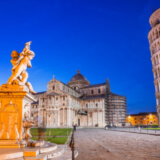 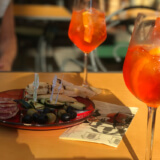